First, we need to write a script which will be used by Jenkins to build and test our software. In the following steps, we will tell Jenkins to run this script every time there is a change in our source tree and to report us the results. In other words, when we commit or push changeset to our git repository, Jenkins will invoke this script and when the script is done, It will notify us via email whether the build process was successful.

First, Clone our git repository to our development machine:

Now, add, commit this file and push the changes:

Now, Open Jenkins on your web browser. Go to New Item. The following screen should appear: 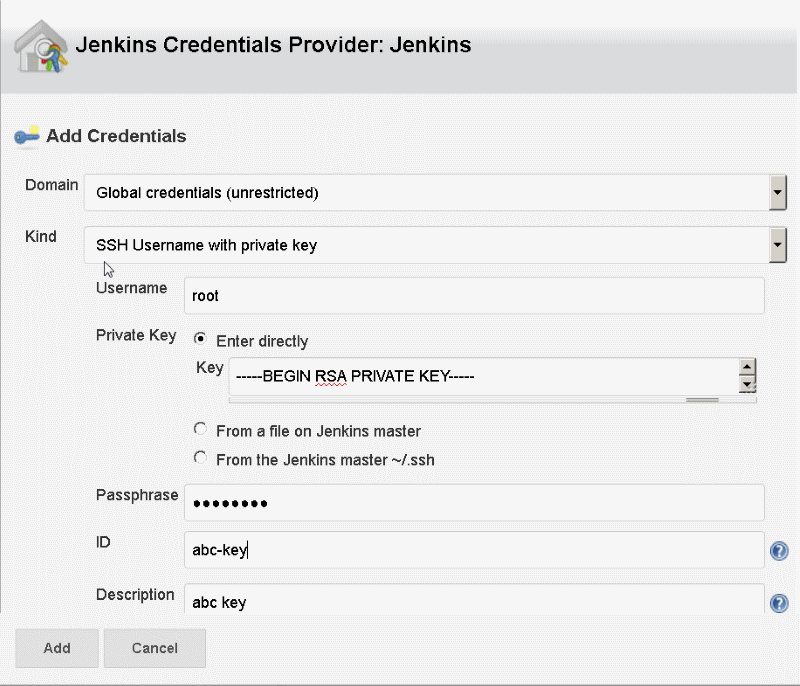 After clicking ok, a new abc key credential will appear in credentials list. select it and wait - If Jenkins can connect to the repository, you will not see any red error message.

Go to Build section, click in Add build step, select Execute shell and enter the following script which call our build.sh and return its exit code:

Click the Save button in the bottom of the page to apply the changes. We are now ready to test our build.

Clicking the build, will show more details about it.